Back in 1996, I was living in Linz, Austria where I had made some British friends. They lived down the street from me in a dorm. One afternoon, I was in their communal kitchen drinking tea and talking.

A group of Erasmus students came in. One was a Swedish woman, 19 years old, terribly worried about something. Her group’s concern drowned out our teatime conversation.

It turned out the woman had a sty. Unsure what it was, she feared the swollen eyelid could get worse or cause blindness. Foreign, she didn’t really know how to go to the doctor, so locals helped her find treatment (a free clinic down the street). They knew a sty was no big deal, but they sincerely wanted to settle her anxiety, and the clinic took her and treated her.

I was 23 years-old, the only American on the scene. I didn’t share my point of view with anyone, though you can predict what it was.

“What a bunch of wusses.”

The American mind, consciously and unconsciously, views sickness in much the same way that it views poverty or tragedy: signals of something flawed, wrong or weak with the individual. If you had not done this, you would not be suffering that. If you weren’t this way, you would not be dealing with these outcomes. You’re sick? Prove your worth. Bear it out and get to work.

In the general American mind, default reality is pleasant and safe. If something’s wrong, it must be someone’s fault…someone must have caused reality to shift. The overlying mythology makes this a requirement: America is the greatest country in the world. We don’t just pursue happiness (er…material gain and demonstrative wealth). No…we achieve it, and if we can’t, we pretend to.

We’re just a competitive interest rate away from a wide, dandelion-free lawn, and a driveway boasting shiny cars.

Here in Chicago, I lived among neighbors who tried to one-up each other after Christmas by throwing out packaging. The more they cast to the landfill, the better their Christmas had been (as a credit card company lit a cigar).

These neighbors believed whoever is happier is superior. The proof of happiness is in the spectacle. Look what I’m capable of!

At least until this point, we have thought of illness this way.

I can’t tell you how many times I’ve gone to work sick in America, even when I had the right to call in. I played it off, though sometimes I was miserable. This happened in restaurants, a hotel and a telemarketing center, where I sold subscriptions to Playboy magazine. The workers there sat three feet from each other. Whoever came in after my shift used the phone I had coughed all over.

But I scored points. I was “dedicated.” One manager called me hardcore. A lesser man, the idea went, would not have demonstrated such commitment to a clown show that offered no benefits and could cast me to the dumpster.

Right now, America does not know how sick it is. We’re not testing enough people. Some brag about our “low rate of infection” as compared to other countries, when in truth the best we can do is estimate. Earlier this month, the president kept people on a ship rather than bring them to shore, and admitted he did to keep the numbers low. It was all about the spectacle.

This is our larger, older illness. It’s one of consciousness, and we’re watching mother nature dismantle it before our eyes. Covid-19 is bullshit proof, bravado proof and mythology proof, at least in the moment. Rising stocks won’t save the billionaire who’ll need a ventilator. We’re facing the test of our generation, and what consciousness comes out on the other side will determine our larger future.

Will we accept the obvious, that the sick are not weak, burdensome or disposable, as the poor are not irresponsible or lazy. No individuals will pull themselves out of this by bootstraps, or whatever cliche you want to use. This will take a collective effort. As we sit in fear of illness, suffering or death, we should also fear we’ll fail to learn the lesson of compassion this moment clearly demands. Will we return to our poisonous mythology of the super-powered individual? Will we learn to see that one person’s loss is not another one’s gain, but that all losses belong to the collective?

As the poet wrote, so much depends on the answer to this question. 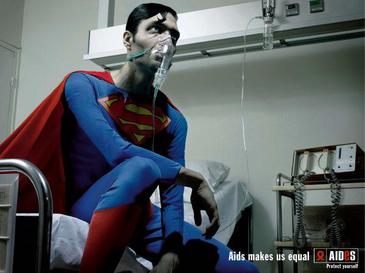