“Art should disturb the comfortable and comfort the disturbed.” -Banksy

I’m thinking of begging for money, opening up a Go Fund Me page or something to be able to make it to Vilnius before March 6th when the following exhibit will end. Here are a few of the milder images: 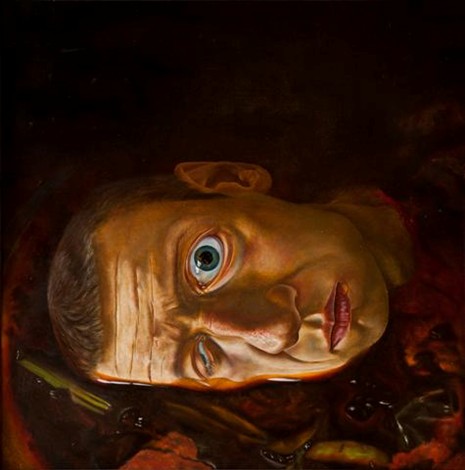 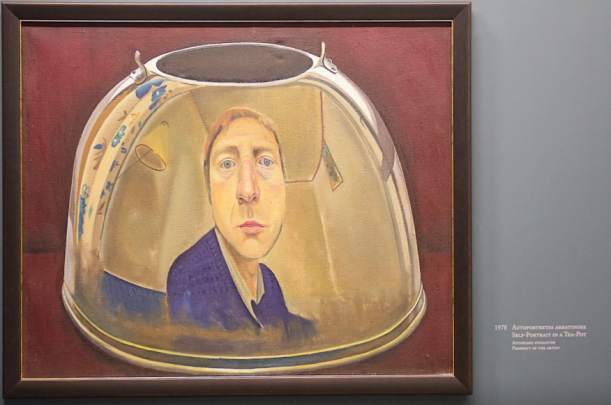 I first encountered the paintings and visual art of Šarūnas Sauka while wandering the streets of Vilnius in 2006. I walked past a small gallery with a modest glass door and was struck by a portrait of a woman that seemed to recall the work of Ivan Albright, another of my favorites. When I went inside, I was completely transfixed. The gallery contained only a few paintings by Sauka, but each one slaughtered me. It was the kind of painting I had waited my whole life to discover.

If you’ve never seen his art before, be warned: he’s not Monet. I feel his work is more intense than Egon Schiele’s or even Joel Peter Witkin’s. This video presentation of the exhibit will give you more than a solid introduction. That it’s set to the music of Massive Attack only confirms all the feelings of synchronicity I sense whenever I engage the art of Sauka.

If anyone would like to donate a few dollars to send me out to Vilnius before March so that I might write a long essay about why his work should be required in all the world’s high schools, please PayPal me.

The reason I’m asking this question is because The Next Best Book Blog has run an interview of me today (click here) . It’s a series called Would You Rather, and the header asks a rhetorical question: Bored with the same old-fashioned author interviews you see all around the blogosphere? I had a load of fun answering those questions and I hope you’ll check it out.

I got to thinking during the interview. I’m not like those authors who want to cut themselves when they hear “Where do your ideas come from?” or “What are your greatest influences?” As I blogged yesterday, I often forget my influences, but I also feel a bit ashamed about them; so many are the usual books writers are “supposed to know”. Still, if I had to pick from among cliches and sentiments, I’d rather answer questions like, “Does an artist have a responsibility to society?” or “Is there any way to bring back the noble hero?”

Asking a writer where ideas come from is obviously loaded,  and to certain parties can be a put down. What do you mean where do my ideas come from? They come from me. I know a lot of people assume they “lack ideas” (they don’t, and more about that in a moment), and ideas must “exist somewhere”. But how would we feel if we asked a writer, “Hey, where do you get your ideas?” and s/he answered, “A vending machine outside Hammond, Indiana.” Would we seek out that machine? Would the art be interesting, then, if you could buy it for a quarter?

Any time I hear a piece of beautiful music or read an amazing book, I’m stunned by the artist’s creation. It’s shocking to think there existed nothing, but then an artist came around and released a symphony or an epic poem or a monumental sculpture straight out of empty space. It must have a source! Where? Tell us where!

That hope for a source is worth investigating.

I had a neighbor once tell me—most writers hear something like this—that, despite never having written a thing, she should write a book about her life. I asked why. Oh, she said, my ex-husband cheated on me, and I had a tough childhood, and my eldest daughter is in therapy over my ex-husband’s affairs, and I used to work in hospitality but I quit because I thought I’d raise a family.

She felt the weight of all this experience, all the sadness. I could sense it. But was it all that different from what anyone else has ever felt? Who knows. The book she imagined doesn’t exist. She never found (or carved out) time to sit and write.

Curious things happen when you force people to sit and write. I see it among my community college students. Most of them—perhaps 90% of them—believe they lack ideas. They’ll prove it to you: ask them to write a regular old college essay and it will drip with “say no to drugs” and “it’s unfair to be judged” cliches high schools dump into young brains. But when you make them freewrite—just keep pen to paper for ten minutes without pause and allow whatever comes to come—all kinds of intimate surprises appear.

If you want to know where writers’ ideas come from, try freewriting. When you see what’s there, what came from you, ask yourself which of those bits you’d be willing to develop and share with strangers. That’s what a writer is. We share the bits most people pack away while wondering where the good ideas are.