Well, someone finally noticed this, so I feel I should respond. “Hey, Gint,” a reader asks, “What’s with the age gaps between the lovers in your books? Is Lita Avila an allusion to Dolores Haze?”

The reader has noticed that both Finding the Moon in Sugar and The Fugue depict lovers with a notable age difference. Perhaps naturally, they’re wondering if I have some kind of fetish.

Audra and Andy from Finding the Moon are probably more than a decade apart. Andy, born in 1986, claims he was never able to figure out Audra’s true age and puts her birth date somewhere between 1977 and 1972. Of course, Audra’s vain and a liar, so her email address, audra1974@zuikis.lt might be set up to make her seem younger than she truly is. Dazed and confused, the stoner boy Andy never notes the year in her address as evidence for anything. If Audra is truly born in 1974, it means she and Andy are twelve years apart.

Yuri and Lita of The Fugue have a wider gap. Lita’s just a teen when they meet, and they are almost two decades apart. Neither character seems to think much of this, and (minor spoiler) Lita’s family are all either dead or gone by the time her initial crush on him evolves to something more mature.

When I wrote and self-published Finding the Moon in Sugar, I thought The Fugue was a dead project that no one would ever read. I was definitely conscious of the repeated age gap—that makes it a motif, right?—but didn’t worry too much about it. Once I knew The Fugue would be published, I figured the only way someone would catch it would be by reading both books, which would be wonderful if they did. To me, Lita and Yuri’s relationship is a rich construction that reveals so much about both characters and also the nature of trauma. I had no intension of tampering.

Now…did I have Nabokov in mind when I chose the name Lita (the character’s full name is Angelita Avila)?

Nabokov’s Dolores (Lolita) Haze is Humbert Humbert’s victim. Humbert is not merely her abuser and rapist but also her legal guardian. And while Hum suffered the tragic loss of a child-lover while a kid himself—an experience that leaves him searching for a surrogate or an incarnate…an avatar, if we will—he admits that he deserves to be tried and sentenced, even if he does beg readers for leniency and forgiveness.

Yuri is not victimizing Lita. For much of the time after first leaving prison and returning to Cicero, he is hardly able to interact with anyone, so shell-shocked that he imagines buildings that aren’t there, and he can’t  know how to thank Lita for her gift of a broken bicycle. He later sculpts her portrait not out of a desire to possess or control her but as a way to release his affection, which is probably discomforting, though not necessarily because of Lita’s age: Yuri has lost almost everyone he has ever loved, and now a stranger has given him a gift.

It’s true that Lita’s portrait is crossed with his memories of other women—Lita’s is not the only portrait he has sculpted. And Lita, young and self-conscious, never imagines he has sculpted her portrait. When she guesses it represents some other woman, she’s partially right.

Honestly, when I thought of the name Lita, I was also thinking of names for other characters. So my concern with the name Lita had less to do with Nabokov and more to do with its similarity to Alina, Yuri’s interest from his teen years. I wanted names that seemed shades of one another…variations, if you will. (In an early draft, Alina’s name was Lina.)

I was reading a lot of Nabokov at the time, so it probably did things to my mind. But I didn’t see Yuri and Lita’s relationship as taboo or profane, and I didn’t think of Lita as Lolita’s literary variation, at least not consciously.

I should probably say that I had several crushes on older girls while still a 13 and 14 year old at summer camp. One of those girls turned out to be a lifelong friend. I’m sure the intensity of such feelings and experiences evokes itself in my writing all on its own, without me needing to do very much.

Still, in future novels, what lovers I surmise will all be around the same age. I feel like I’m done exploring these age gaps and that my fiction has expressed what I wanted, even if I can’t say what that is. 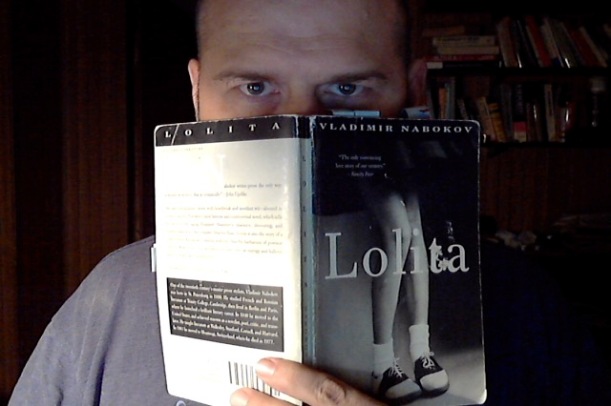