This is a blog version of the story I told on December 14th at Is It a Thing, a monthly spoken-word series here in Chicago. I’m dedicating it to my good friend Kerri Smith Majors, who asked me to write it. Note: the post contains excerpts from The Fugue.

Here’s the question posed in this entry: What did editing a manuscript I had not looked at for more than a half-decade reveal about my PTSD?

I’ve already blogged about the 15 year path that led to the publication of The Fugue. The first words came in 2000. Once finished, I failed to sell the manuscript and put it away in 2006, later beginning work on a new project, what eventually became Finding the Moon in Sugar. I considered The Fugue a failure and stopped trying to get anyone interested.

A short time after I self-published Finding the Moon in Sugar (2009), I ended up diagnosed with PTSD. Its onset came after* I got caught in a convenience store robbery, which I blogged about in this entry titled Gunpoint. To summarize: I was certain the robbers were going to kill me that night, and I accepted my death while watching the robbery unfold, reflected in store windows.

I obviously survived, but not unscathed. Within a few days, I started having PTSD symptoms. My PTSD was (and sometimes still is) like a bad and incessant acid trip, complete with phantom sensations, memories of voices, unusual sounds, smells, flavors and inexplicable visions. The visions can be hallucinogenic and dreamlike or frighteningly realistic. I’ll write about them some day.

Doing something as simple as brushing my teeth or making a cup of coffee often brought on confusing sensory overload. My body experienced “phantom pains”, especially in my face and ribs, and my throat would constrict. I’d want to run and hide but could only sit somewhere and trip balls. I’d get lost in neighborhoods I’d known all my life, the street signs resembling electronic tickers, letters of all languages flying in them at unreadable speeds.

I soon figured out that the robbery had triggered childhood memories, which I wrote about, in part, in an essay titled Baptism Party, later republished by The Good Men Project under a different title. I’d learn soon enough that the effects of child abuse are not unlike the effects of war, at least in terms of what happens to the brain.

In order to heal, I had to make dramatic changes to my lifestyle. With guidance, therapy, a commitment to health, mindfulness and Zen practice, and the help of many loved ones, I eventually learned to manage my symptoms, even to neutralize or eliminate some altogether. Writing helped. So did telling my story in public.

In 2014, I was reading from Finding the Moon in Sugar in a bar. During that reading, I met Jason Pettus, the owner of The Chicago Center for Literature and Photography. He asked if I could send him some material to review, and soon enough he offered to publish The Fugue.

I had last looked at the manuscript sometime around 2008. When Jason and I started editing, I was shocked by some of the things I found. The main character, Yuri Dilienko, grows up in a dysfunctional, abusive family, its members traumatized by war and other events. He also ends up in prison for over a decade, found guilty of arson and parricide.

Early in the narrative, a character suggests Yuri might have PTSD. Of course, I had completely forgotten this. Then my descriptions of PTSD “in the moment” left me thunderstruck.

In this excerpt, Yuri’s just been released from prison, has moved back to his hometown and is thinking of getting a job in a bar. The reason he hesitates showing his hands is because they’re dotted with scars suffered in childhood:

He noticed a “Help Wanted” sign hanging behind the bar, so low that only people at the bar could read it. Maybe this was some kind of subtle joke, because people who sat at bars usually needed help. Yuri imagined working there. Most of the men were only drinking beer, and if they ever wanted something different, scotch and soda, Yuri was sure he could mix it.

The man perked up. “What for?” He lit a cigarette.

“The sign? Oh, for the job?” He rattled and stuttered: “Yeah, that’s…that’s for the job.” The man coughed into a loose fist. “Hey, Sonia!” She stepped over from the bar’s other end. “If you want the job,” he told Yuri, “Sonia’s gotta read your palms.”

“You wanna job?” asked Sonia. “Is por bartender. We have the day position.”

Sonia smiled at him. “I see your hands. Both hands.”

Yuri hesitated. The whole bar was watching him, some of the men grinning. He wanted to take his cane and tell the people he was very sorry, it was a big misunderstanding, because he had to go. While looking at their intense faces, pockmarked skin, lopsided mustaches, Yuri felt surrounded by the most violent men—grotesque and incapable of compassion, their eyes the color of mortar. His mind began racing, as it did often when he found himself confused or surprised. Strong, hard hands grabbed at him from all around and a shiver buzzed over his entire body, electric over his chest. He was powerless and could only give in, curl up, let the blows come, let them pass, then bury rage and fear deep in his center, deep into his pelvic bones and base of his spine.

In this next scene (slightly edited), Yuri is working in a butcher’s shop. It’s only days before the house fire that will take his parents’ lives:

A powerful force in his center, like a glass sphere packed with the molten heat of a red sun, wanted to charge up his throat.

At the end of the workday, Reikel smiled to Yuri as he left, said, “See ya Monday.” On the way to the bus stop, Yuri threw up his lunch…popcorn, salami and apple juice. This was the third time he had thrown up, the onset of nausea unexpected, gone as soon as he had vomited, since he had shown Reikel his hands. Nobody ever saw Yuri vomit.

Cicero had become a ghost town surrounding him. Hundreds of sparrows were chattering in a small yellowing elm. Their bickering and chirping grew so loud and overwhelming that Yuri stood entranced until a woman exited a nearby car.

On 12th Street, he saw his bus lumber away without him, so he went to a diner to rinse his mouth in the bathroom and wipe his face and chin to be sure he was clean.

Once home, he couldn’t sculpt. Every idea and sketch seemed pointless and stupid. He was always hungry, although nothing tasted good and no drink quenched his thirst or whet his constantly dry mouth. The hardest place to be in all of Cicero was home. While he sat in his kitchen, it felt as though parts of him were gradually disappearing. Yuri felt extreme nervousness, a shifting fuzziness in his periphery, and that powerful glass sphere inside him.

Everything required hands. At Reikel’s, his hands seemed to do what he asked them, but at home they refused to obey. Everything required hands. Warming up a plate of leftover macaroni and cheese. Washing himself, his entire body…before he could wash his body he’d have to wash his hands. Flipping through the sketches on the table seemed such a chore. When Lars used his hands, music came so easily, like air through a wide open door. Yuri could tell that Lars never thought about borrowing hands or finding new ones, and he didn’t have nightmares that his hands were left wrapped up in aluminum foil at the bottom of a paper bag…

…Whenever he awoke, he had trouble knowing what day it was. He found busses running on the Saturday schedule. Weekends were the worst because he had so much time to sculpt but found plenty of excuses, shopping for things he didn’t need—paper clips and deodorant—always walking to the largest stores on 22nd with the biggest crowds. Among these people, nobody knew. Sometimes Yuri walked out on the yellow lines in the middle of 12th Street’s busiest traffic and felt completely invisible.

These are only two scenes among many more that describe what it is like to have PTSD. The sudden nausea, throwing up, the nightmares. The feeling of disappearing, of being invisible, even in traffic. The daydreams of beatings, and the simultaneity of rage and confusion, the constriction of the throat. How could I have known it to this vivid detail?

My wife thinks I have always* had PTSD, or an anxiety disorder of some kind, that the robbery just cranked up the volume. I might agree with this theory if, prior to writing the novel, I had known how it felt to “crank up the volume”.

Composing the book, I had very little information about PTSD, had read a few articles, knew some stories about veterans’ issues. I never intended this book to be a portrait of a sufferer and don’t remember thinking very much about it. Perhaps the way I imagined PTSD might be influenced what form my PTSD took. PTSD is, at least in part, a condition of the imagination, a disorienting fusion of memories and fantasies, delusions and recollections, their tone depending at once on the nature of one’s fears and experiences.

I can’t answer how this happened, except to say that I found it fucked up, a mystery of the creative mind. Obviously, plenty of characters in The Fugue experience things I never did—all novelists imagine experiences they’ve never had; we depend on observations or overheard stories to narrate them. But this brand of premonition, if that’s the word, left me fascinated. It’s a layer in the book I could never have anticipated but now can’t deny. 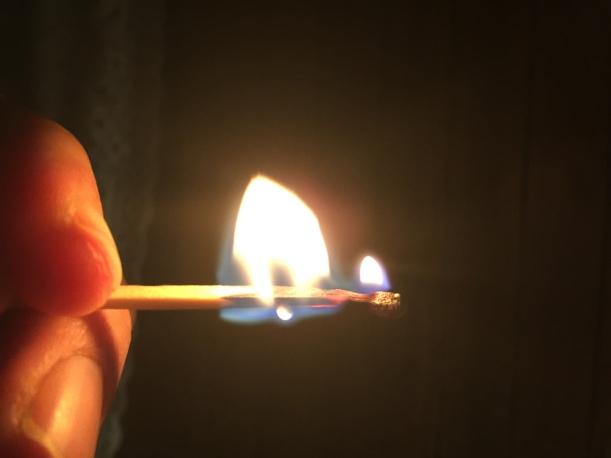